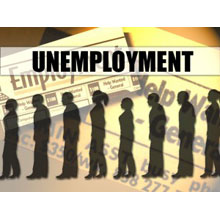 Architect Florian Leavy makes hats and chairs, fellow practitioner Maeve Staunton is in Cambodia studying important works of modernist architecture and architect Derek Trenaman is building a straw-bale house in Sligo. All three offer examples of how architects have had to rethink what they do after high levels of redundancy. It’s thought that up to 50 per cent of architects and architectural technicians in Ireland have lost their jobs in the past two years.

“It was scary heading into unemployment,” says Leavy, who used to work with Denis Byrne Architects. “It was very unsettling. I didn’t realise how much of your personality is bound up in work.”

Yet in the 10 months she was out of work, “I did all the things I said I’d do if I had time”. That was partly down to her mother, she says, who is always busy and would be on the phone asking what Florian had been up to. The answer was, a lot. Her first port of call was FàS, which had established a number of new courses for architects in response to the devastation in that sector. Through them Leavy did free courses in how to set up a business, CAD (computer aided design) and Photoshop. The latter two would have cost thousands of euro in the real world, she says. And she did start her own business as a BER (building energy rating) assessor. She ran this from a studio she shared with a photographer.