Architects’ contribution must be recognised 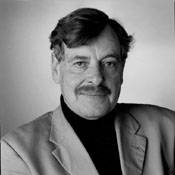 The Government needs to take the crisis in architecture seriously if more liquidations are to be avoided Sean O’Laoire has been a friend of mine for many years. His father Dónal was my Irish teacher at St Vincent’s CBS in Glasnevin, and his uncle Frank taught us geography there. I also know Hugh Murray well. So it was a terrible shock for me personally when the architectural practice they founded in 1979 went into liquidation last Friday.

Murray O’Laoire Architects (Mà“LA) started not in Dublin, but in poor benighted Limerick. Hugh and Seán became the city’s bright boys, and livened it up with projects such as the restoration of the Potato Market, a new pedestrian bridge over the Abbey river, and the gutsy visitor centre at King John’s Castle that everyone loved to hate.

Working with Jim Barrett, who had made himself de facto city architect, Mà“LA put Limerick back on the map with an eye-catching contemporary tourist information office and civic park on a vacant site at Arthur’s Quay – part of a vision, now largely realised, of providing a continuous pedestrian route on the city side of the river Shannon.