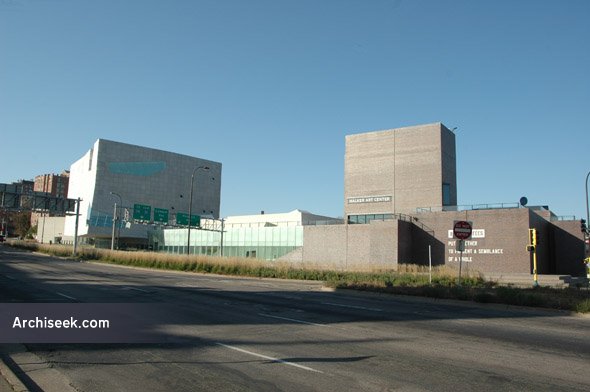 Opened in April 2005, the new expansion nearly doubled the size of the Walker Art Center. The expansion, designed by Herzog & de Meuron includes increased indoor and outdoor facilities, allowing for a better usage of resources from objects in the permanent collection to books in the library to an inside view of the artist’s own creative process. A key aspect of the design is a “town square,” a sequence of spaces that draw people for informal conversation, interactive learning, and community programs. The Cowles Conservatory contains a giant glass carp sculpture designed by Frank Gehry.