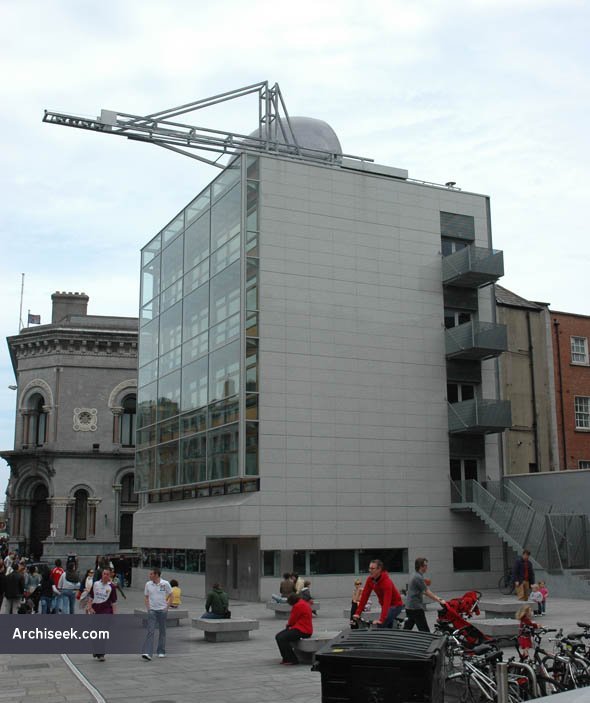 In 1999 city architect Jim Barrett commissioned David Mackay, of Barcelona architects MBM to design a building for the site, which had previously been cleared and in use as a small park. Ultimately a disappointment, the building is flanked by two great buildings in Deane’s Allied Irish Bank, and Cooley’s City Hall. This new addition is overscaled, bluntly designed and lacking in any finesse in design or materials – Robocop on Dame Street. The only positive is that the bank and City Hall will hopefully outlast it.