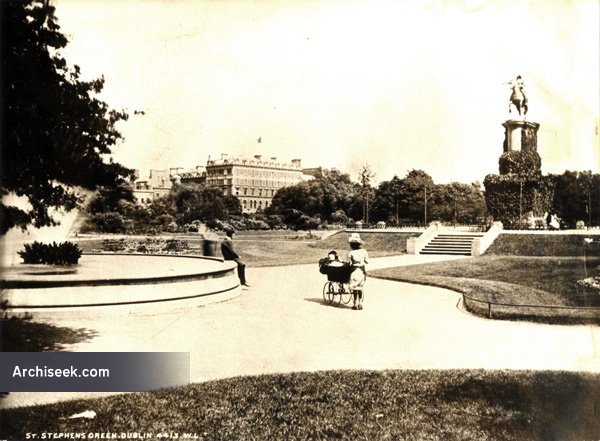 This was the first statue to be erected in St. Stephen’s Green, and was commissioned by Dublin Corporation. The statue depicted King George II in full triumphant Roman posturing. Sited in the centre of the park, it was however highly visible due to the height of its pedestal. It was the target of vandalism almost from the start, by 1818 several attempts had been made to amputate body parts of the king. On 13 May 1937 it was blown up. 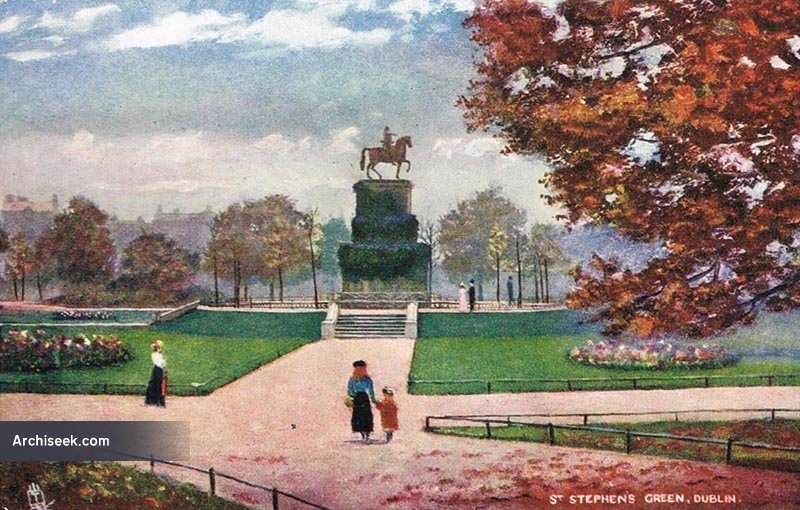 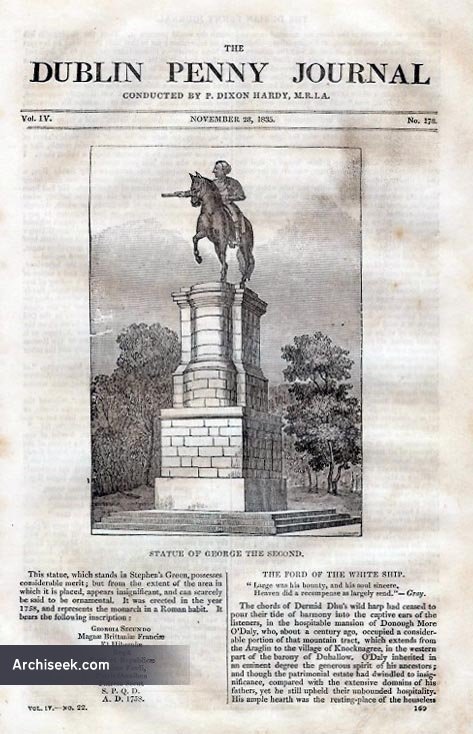 Reported in The Irish Times: “Early yesterday morning the statue of King George the second in St. Stephen’s Green Dublin was blown up by an explosive surreptitiously placed in position during the night. Only the day before the newly crowned King, and the Queen were driving through north London where they were received with great enthusiasm. Shortly after eight o’clock a deafening explosion shattered the quiet of St. Stephen’s Green, wrecking many windows in the surrounding houses and causing a good deal of distress among residents and passers-by. The bronze equestrian statue of King George the second and which stood in the centre of the Green since 1758 was blown to pieces and fragments of the granite were hurled thirty yards away.”