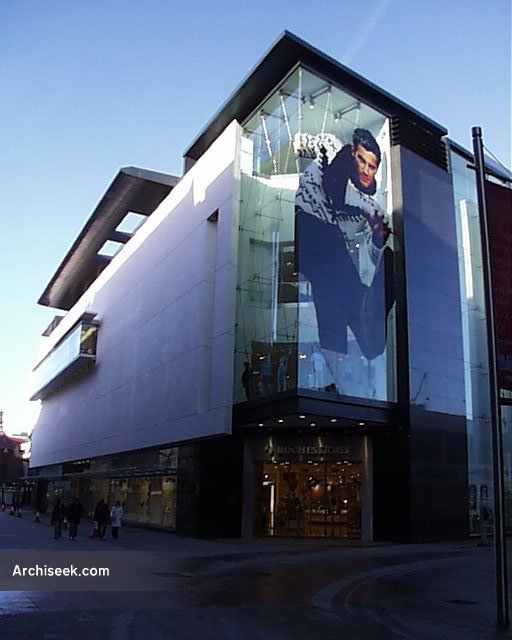 Designed in the 1950s by the same firm of architects (NMA), half of the store was built in the 1960s and the other half in the 1970s. The 1960s gable wall became a spine up the middle of the store when the 1970s addition arrived. Completely redesigned and opened in 2003, the store is now unrecognisable from the original building. Large glazed corners have been opened up and a massive central atrium. A new projecting cafe has been added to the exterior high above Henry Street. Originally Roche’s Stores, closed with the demise of Debenhams in Ireland.