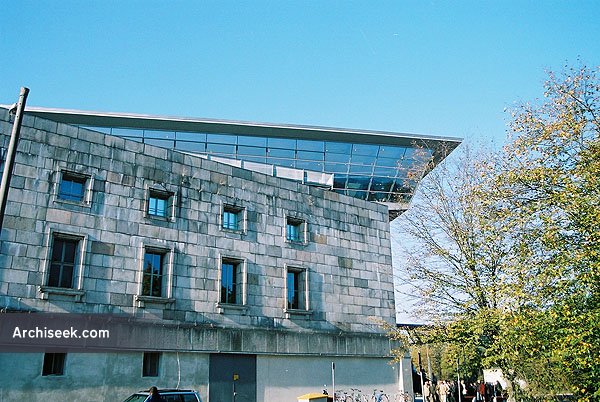 In summer 1998, Nuremberg city issued an architectural competition for the design of a Documentation Centre on the former Nazi Party Rally Grounds. No easy task for the architects – not only did the design brief have to fit the proposed Documentation Centre in the North Wing of the former Nazi Congress Hall. The design also had to find a way of dealing with the intimidating Nazi architecture on the site and the sinister ideas behind the Rally Grounds. Graz architect Günther Domenig won the competition.

With his idea of a steel and glass shaft – a visitors’ walkway – architect Günther Domenig made a clear architectural mark. The walkway cuts the building diagonally in two, destroying the carefully planned, severe Nazi geometry. Otherwise, the architect left the building much in its original state, leaving the building in its unfinished state. A large number of the exhibition rooms still have bare, brick walls – the brick and concrete finish being remiscent of the insides of large ovens.