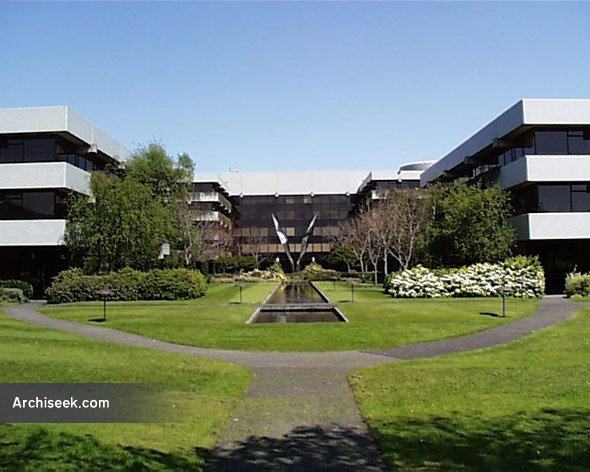 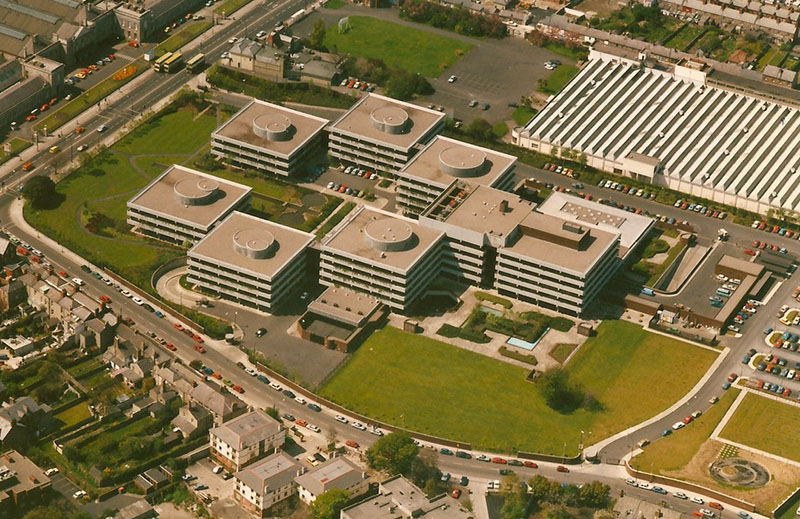 A commercial headquarters on a US campus-style model with its heavily landscaped grounds, the AIB Bankgroup building was developed on lands belonging to the Royal Dublin Society across the road. AIB was created as a result of the amalgamation of several other Irish banks during the 1960s.

The development is set back from the road and the use of vegetation to mask the starkness and modernity of the building has allowed it to blend in well into suburban Ballsbridge.

Planning permission was granted in May 2016 for demolition of four of the original blocks and their replacement with new office development of more than five times the square footage of the blocks being demolished. Demolished in early 2019.