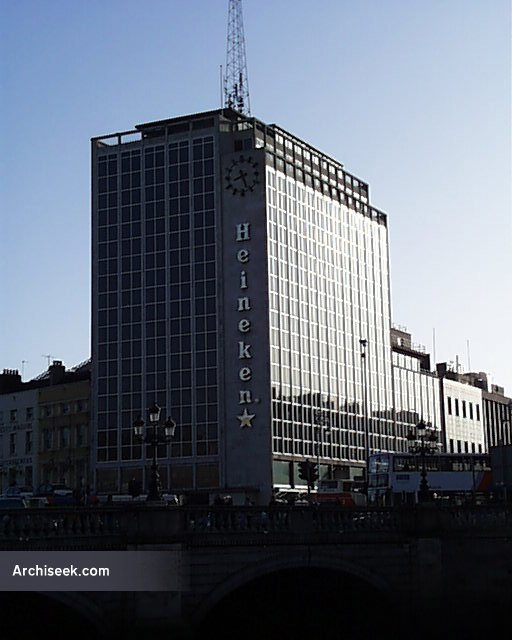 Much hated building on a very important site, O’Connell Bridge House stands 11 storeys high and overlooks O’Connell Bridge. At one time, the advertisement on the facade earned almost as much income as the entire 45,000 sq feet of space inside the building. Over the years this has advertised Guinness, Sony, and now Heineken. Despite the regulations of Dublin Corporation at the time, it was constructed without providing any parking spaces. Construction meant the demolition of a fine building constructed by the Wide Streets Commissioners, called Carlisle House. This was a similar design but not identical to the Ballast Office opposite (on corner of Westmoreland Street and Aston Quay).