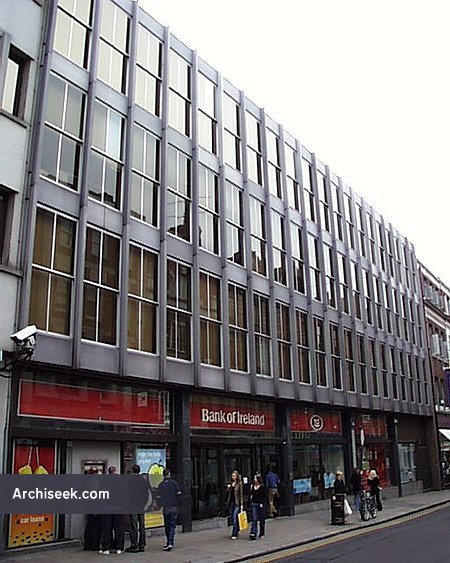 Miesian infill from Robin Walker of Michael Scott & Partners for the National Bank. A forerunner of the Bank of Ireland headquarters in Baggot Street which STW designed a few years later. Here the overall feel is not as pleasing as at Baggot Street due to the glazing pattern and the ground floor being almost flush with the upper storeys. The bank was demolished in 2005 to make way for a commercial development.