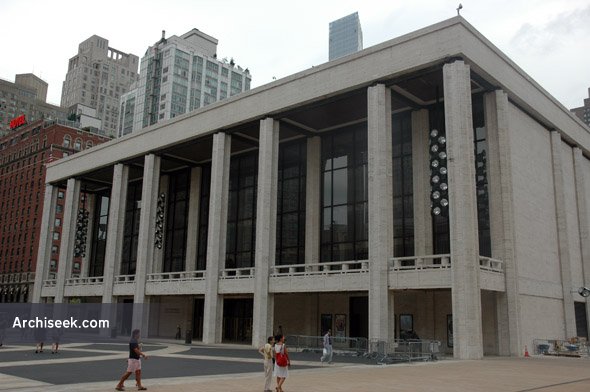 Part of the Lincoln Center for the Performing Arts, the David H. Koch Theater is a theater for ballet and opera. Originally named the New York State Theater, it opened in 1964 and occupies the south side of the main plaza of Lincoln Center, opposite Avery Fisher Hall. Originally built with funds from the State of New York as part of New York State’s cultural participation in the 1964-1965 World’s Fair. The theater was designed by architect Philip Johnson and opened on April 23, 1964. After the Fair, the State transferred ownership of the theater to the City of New York. The theater seats 2,586 and features broad seating on the orchestra level, four main “Rings” (balconies) and a small Fifth Ring, faced with jewel-like lights and a large spherical chandelier in the center of the gold paneled ceiling.

In July 2008, billionaire philanthropist David H. Koch pledged to provide $100 million over the next 10 years for the purpose of renovating the theater and providing for an operating and maintenance endowment.