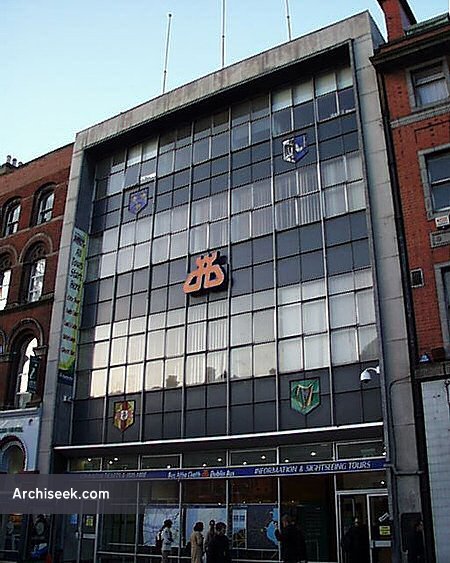 An infill building on the western side of O’Connell Street, the Dublin Bus offices was originally built for its parent company Coras Iompair Eireann. The façade features stained glass representations of the four arms of the provinces of Ireland reportedly by Evie Hone.