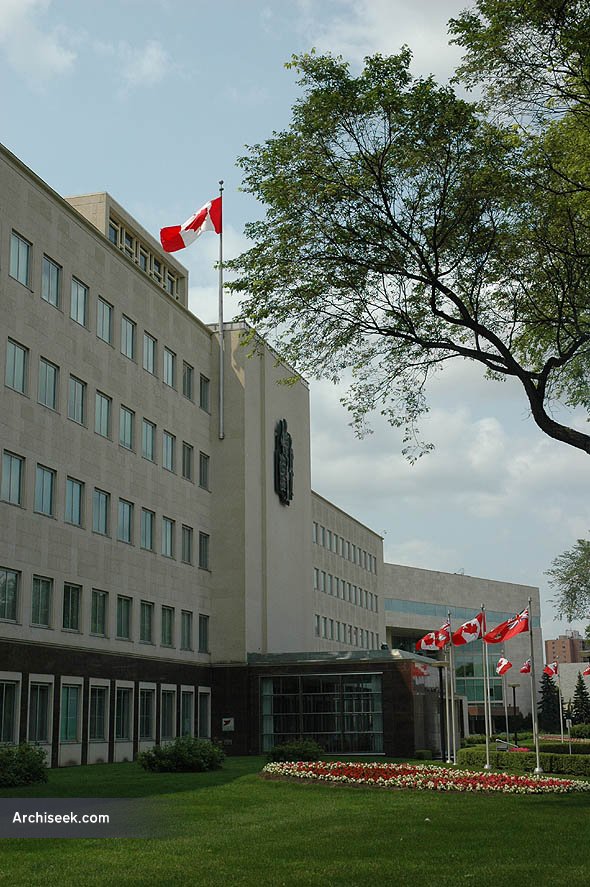 Designed as a corporate headquarters for Great West Life Assurance after they outgrew their Lombard Street premises, the large office building was designed by a local firm Moody and Moore in conjunction with the Toronto firm of Marani and Morris. The vast facade to Osborne Street is broken by the projecting main entrance with a glased stairwell. One wing of the front facade is slighly stepped back to show the stairwell. The building has an interesting pavilion storey on top of the central block.

The marble facing to the ground floor was added by means of visually linking this building and its later neighbour built in 1985 as a corporate headquarters. This building is now the home of Canadian operations.