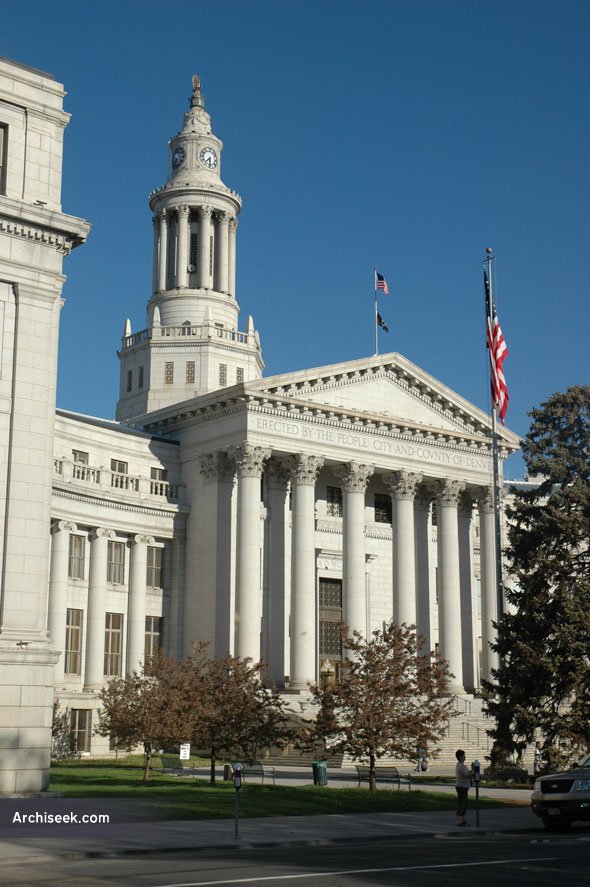 Designed in a Beaux-Arts Neoclassical style, the facade features two curved wings with engaged Ionic columns, a rusticated base of Cotopaxi granite, and a carillon clock tower topped with a golden eagle. A monumental staircase leads up to a three-story portico with Corinthian columns.

The City and County Building is an unhappy exercise in classicism – its best aspect being the tower over the central portico. The City and County Building was conceived as part of the 1906 Robinson plan, but took 26 years and the combined efforts of 39 architects to realize. In effect it was designed by a committee known as the Allied Architectural Association. Best known for its Christmas lights, which decorate the building every winter. The tradition began in 1935 and has continued annually.