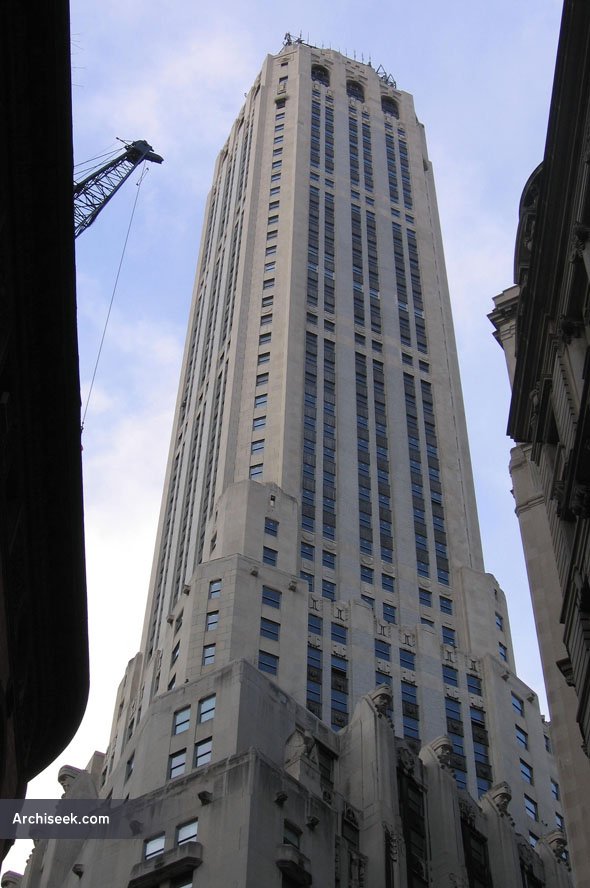 A 59 floor Art Deco building in New York built between 1930-1931, for the newly merged National City Bank of New York and the Farmers’ Loan and Trust Company, predecessor firms of Citigroup. It remained the company’s headquarters until 1956 and was ultimately sold in 1979. Although the architects Cross & Cross described the building as having no particular architectural style, it was described at the time as being in the style then known as “modern classic”, with minimal art deco ornamentation. Originally designed in 1929 to be the world’s tallest building at 846.4 feet (258.0 m), with a pyramidal top and a budget of $9,500,000, Depression era realities resulted in a scaled back, 741-foot (226 m) tall building, New York’s fourth tallest building at the time.