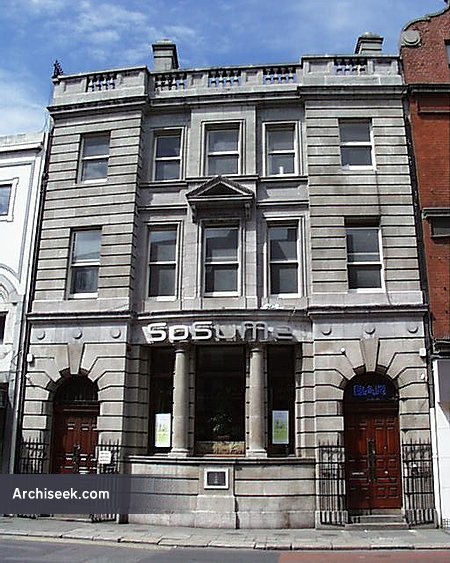 Former bank building, now converted into a bar. Constructed in 1929 for the National Bank. Designed by Frederick Jermyn, who was principal assistant to J.F. Fuller before going into partnership with him in 1916, the partnership becoming known as Fuller & Jermyn. Jermyn carried on the practice after Fuller’s death at the end of 1924 until his own death in 1945.