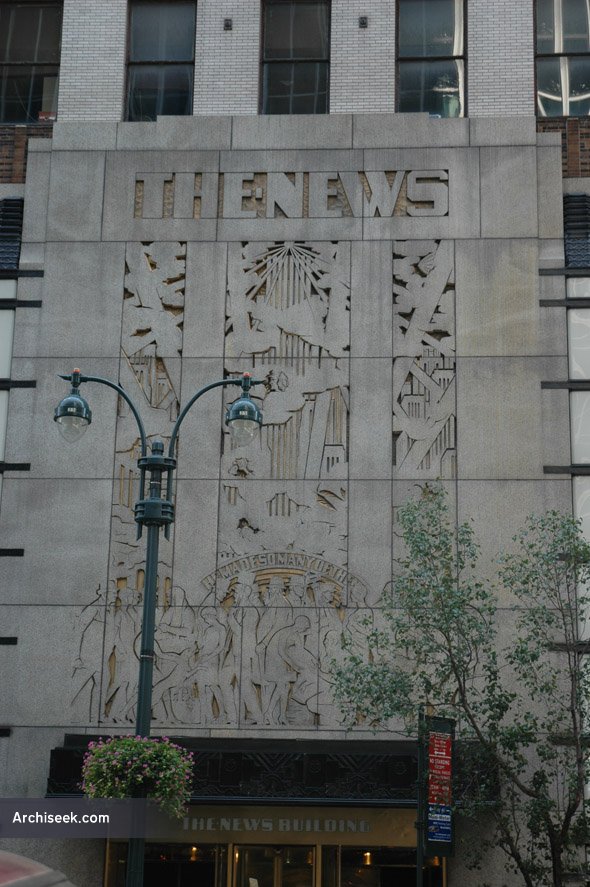 The Daily News Building was the home of the New York Daily News until the mid-1990s.. It is known as the model for the headquarters of the fictional newspaper Daily Planet, the building where Superman works as journalist Clark Kent. The 476-foot, Art-Deco skyscraper is located at 220 East 42nd Street and was among the first skyscrapers to be built without an ornamental crown. As such it can be seen as a precursor to his design of Rockefeller Center. The main entrance has a fine Art Deco carving above the doorway.