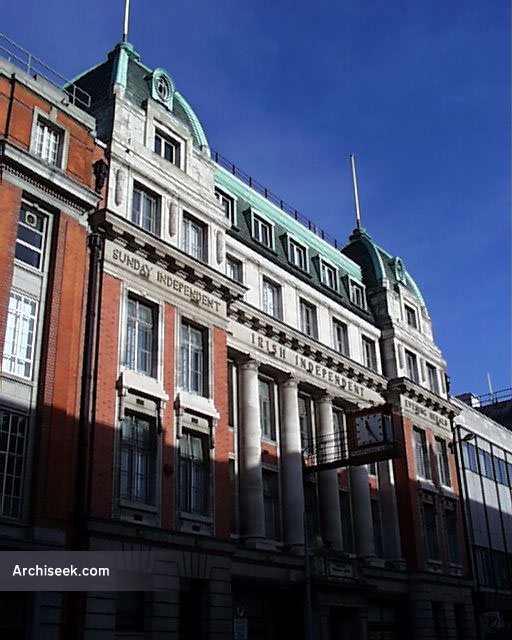 Designed by Robert Donnelly of Donnelly Moore Keefe and Robinson. The former headquarters of the Independent Group of newspapers who publish three of Ireland’s most popular titles: The Irish Independent; The Sunday Independent; and the Evening Herald. It is an ornate brick and stone structure designed to portray the power and prestige of the newspapers. With its large clock, and copper clad rooftop cupolas, it is a landmark on Abbey Street.

Alongside the main offices is an extension from 1936 which is less elaborate in appearance. Further down Middle Abbey Street lies the more of the former printworks of the newspapers. In 2002 this was abandoned for a new printworks containing the latest technology on the outskirts of Dublin.

Middle Abbey Street has long been associated with newspaper publishing. The nationalist Nation newspaper was published here and a plaque on the wall of the offices of Independent Newspapers indicates where their offices stood.