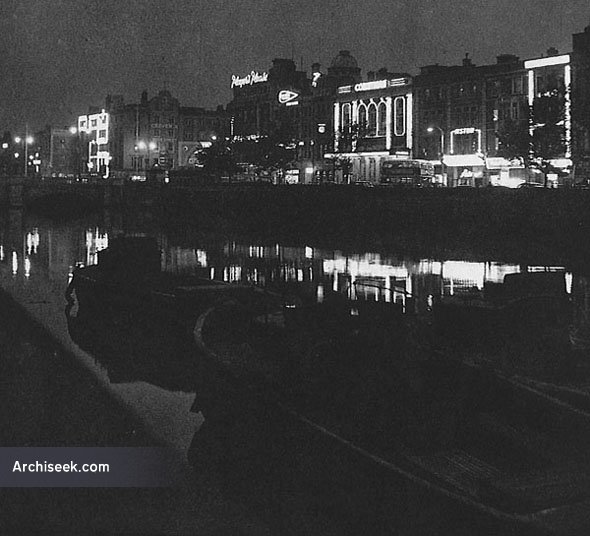 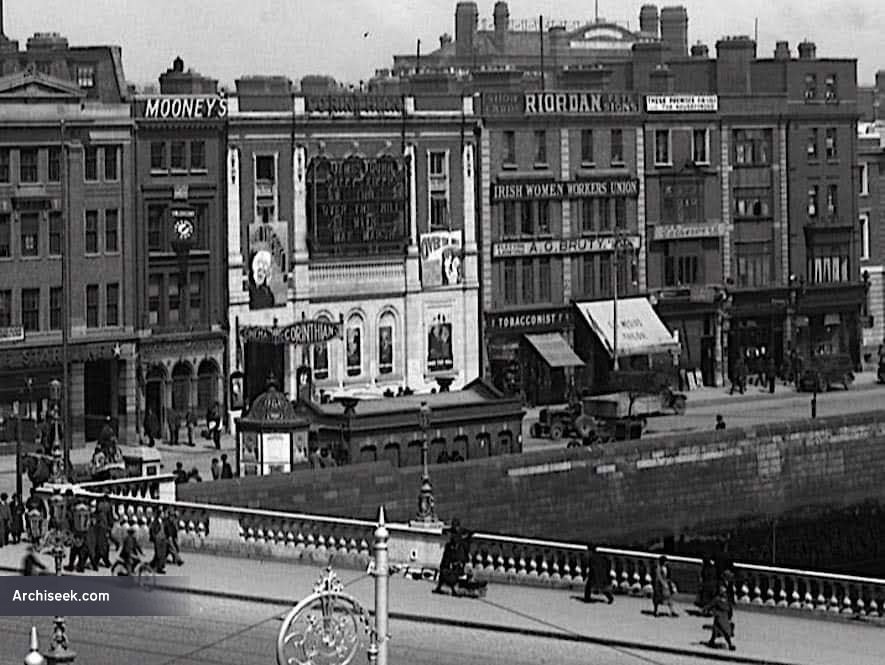 Originally rebuilt after the 1916 destruction of this part of Dublin, as the Corinthian Cinema, photographs from the 1950s show it encased in neon. It was designed by T.F. McNamara with internal alterations to the auditorium in the 1930s by Jones & Kelly. Somewhere along the line, it acquired a hideous modern facade when the auditorium was split into several smaller cinemas. Demolished in late 2002 for a commercial development.