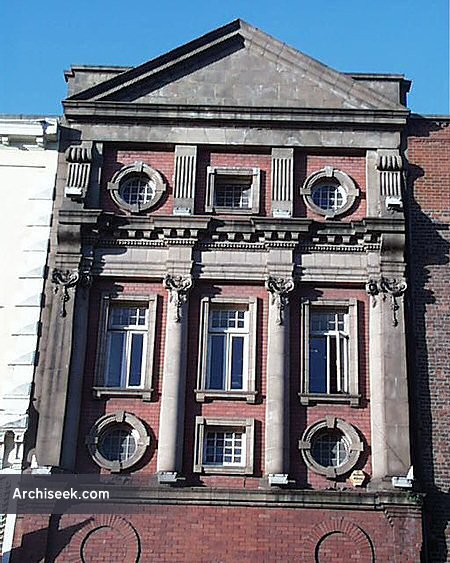 With its giant Ionic order, this former theatre (the Pillar Picture House) is now sadly in use as a fast food restaurant. The ground level has been clumsily altered, but the upper stories are a riot of over-scaled architectural features. The ground floor originally featured a large semi-circular canopy in glass and steel. Always a small cinema, it couldn’t compete with some of the later massive cinemas on O’Connell Street and closed in 1945.