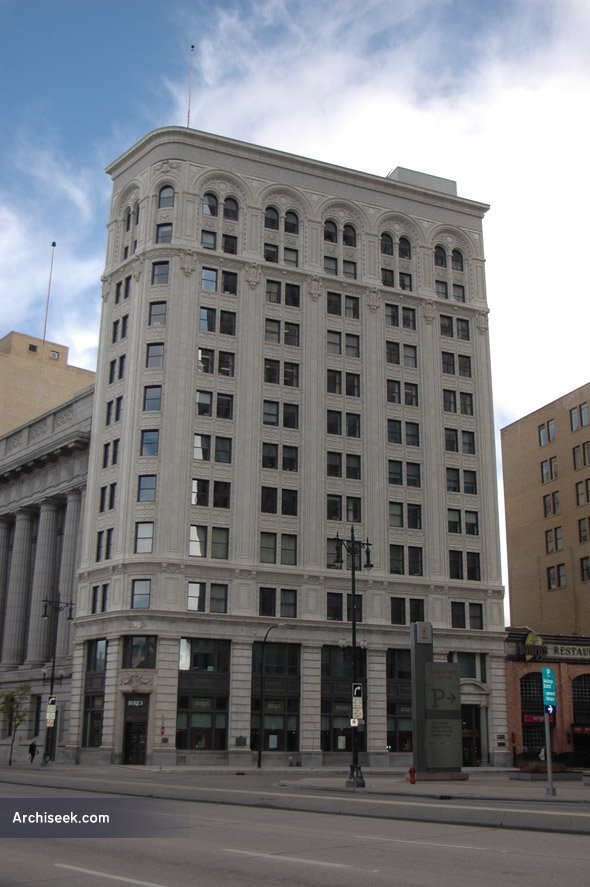 The Union Trust Tower occupies an unusually long and narrow site at the corner of Lombard Avenue and Main Street. The long and narrow shape of the property had been determined by the early settlers who laid out their lots in narrow strips extending from the Red River. It was built for the Union Trust Company, a Toronto-based financial firm which failed in 1941. The Great-West Life Assurance Company, which had been renting office space in the building, purchased it and changed its name to the Union Tower. As with many of the buildings in the area and of this time, the building has a steel frame which is clad in terracotta and marble. The window and door frames are bronze. In 1953, a part of the cornice had fallen because the metal reinforcing rods had been eaten away the cinder concrete. The parapet wall was then rebuilt, lined with stucco on the inside and covered with plaster on the outside. The main floor, finished in carved marble and brass with ornamental plasterwork and rich detailing, has survived in near perfect condition. The banking hall is now a jeweller’s store/.