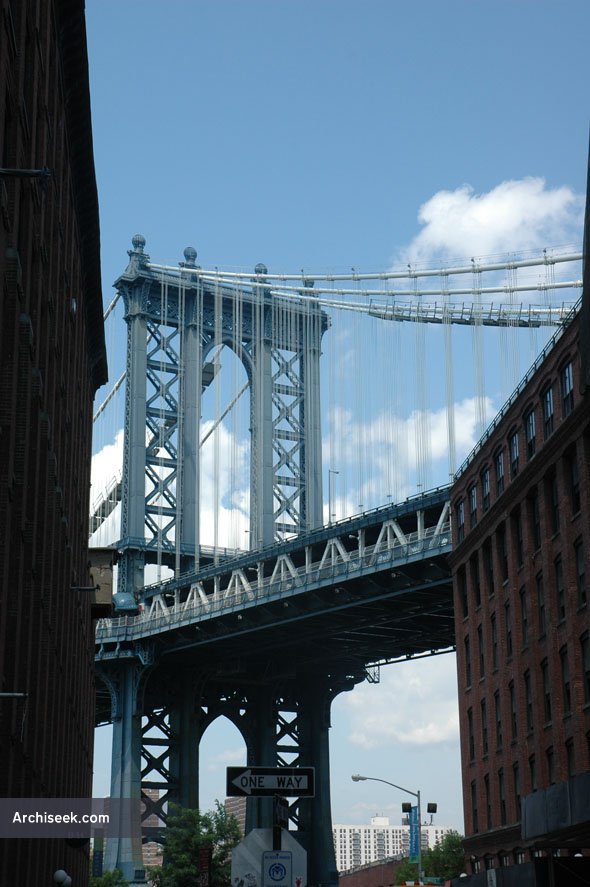 The Manhattan Bridge connects Lower Manhattan (at Canal Street) with Brooklyn. It was the last of the three suspension bridges built across the lower East River, following the Brooklyn and the Williamsburg bridges. Construction started in 1901 although the bridge did not open until 1912. It was designed by Leon Moisseiff who later designed the infamous original Tacoma Narrows Bridge that opened and collapsed in 1940.