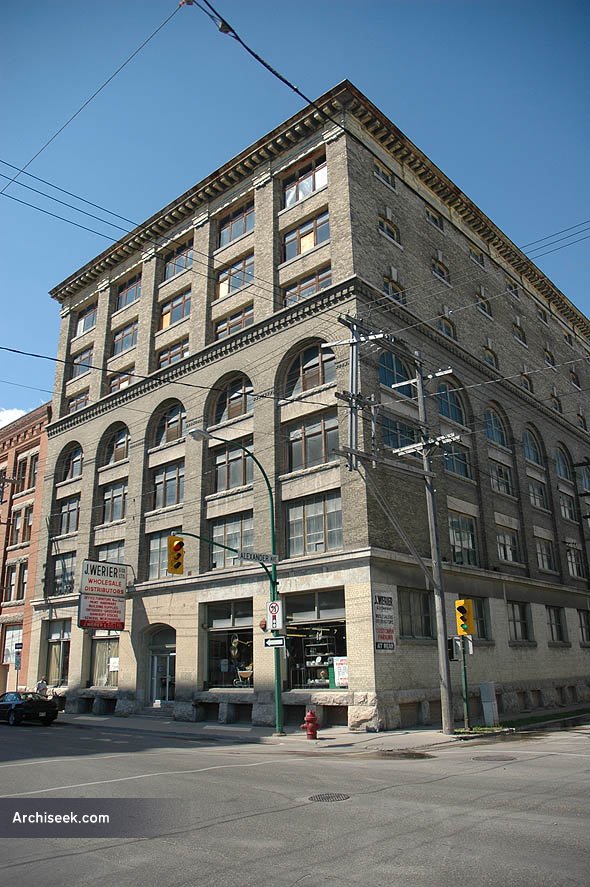 A stark and obvious example of the Exchange warehouse developed in two stages (which many were) – the original four floors received a vastly different treatment than the final three stories whiuch were added circa 1910. Previously the warehouse of the Cockshutt-Plow Company.