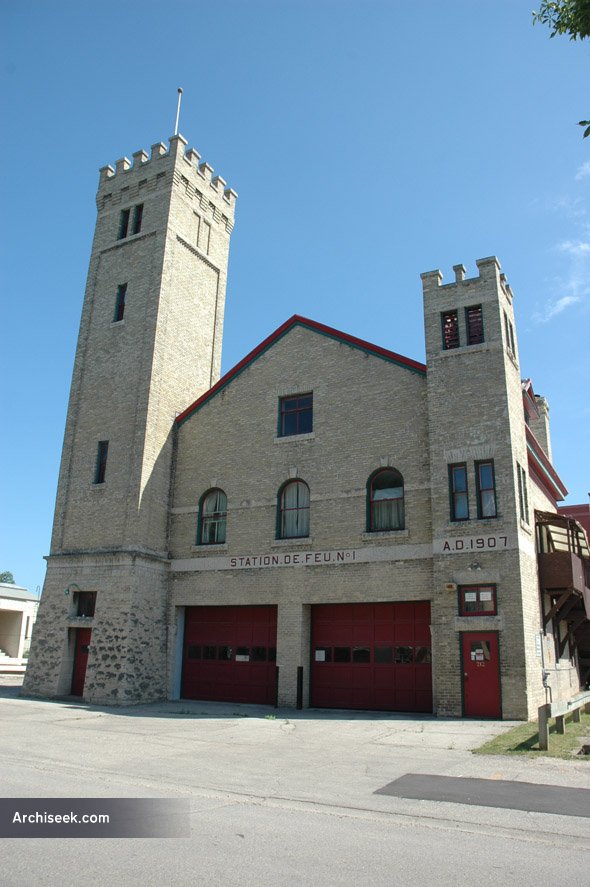 This 1907 structure, located immediately behind the Hotel de Ville, replaced an older, outmoded fire hall during a period of significant growth in St. Boniface. Initial plans were drawn by Cecil Goddard, St. Boniface’s town engineer. His structure subsequently was incorporated into a design by Victor W. Horwood.

Plans for the fire station complemented Horwood’s city hall design, and, departed from the standard Melville design then being applied to fire halls in neighbouring Winnipeg. Developed by architects William and Alexander Melville, this model was first tried in 1899 then used for more than 10 other stations between 1903 and 1914 such as Fire Hall No.12 on Dorchester Avenue.