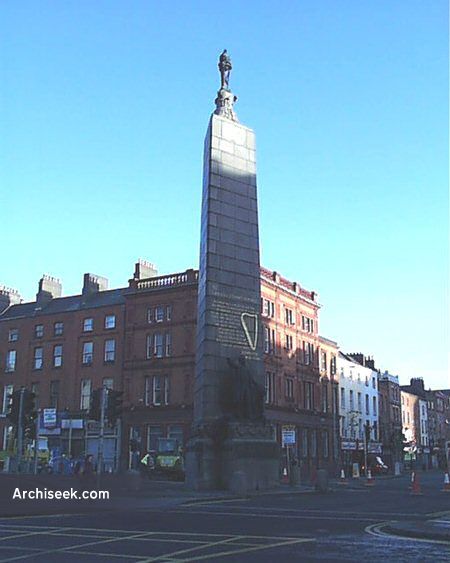 A long drawn out project, the Parnell Monument was designed by Dublin-born American sculptor Augustus Saint Gaudens with the assistance of two architects – Henry Bacon of McKim, Meade, and White, and Irish architect George P. Sheridan. It is believed that the obelisk element was designed by Bacon with supervision by Sheridan. In contrast to the O’Connell Monument at the opposite end of the street, Parnell stands at the bottom with the triangular obelisk to his back, facing down the length of the street.