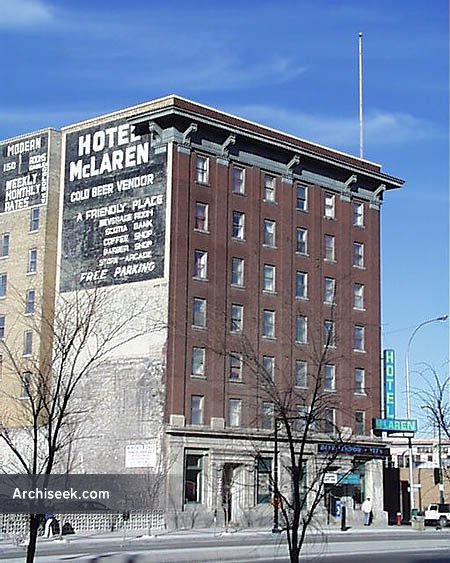 The McLaren family were a prominent Winnipeg hotelling family owning a number of establishments including the Brunswick (Main and Rupert), The Empire (Main and York), and the Strathcona (Main and Rupert). The McLaren has seen better days and is now home to long term residents instead of short term guests.