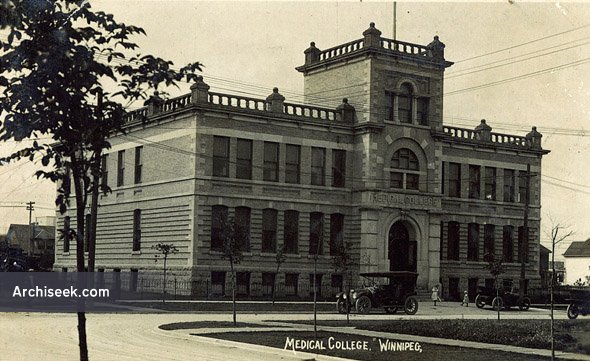 The second medical college to be constructed in Winnipeg. The Manitoba Medical College, incorporated in April 1884 as the first such school west of the Great Lakes, was reorganized in 1919 as the Faculty of Medicine of the University of Manitoba. At the entrance to its building, erected in 1922, are plaques commemorating the founders of the college, as well as a plaque listing its graduates and students who lost their lives in the North West Rebellion (1885), South African War / Boer War (1900) and the First World War (1914-1918).