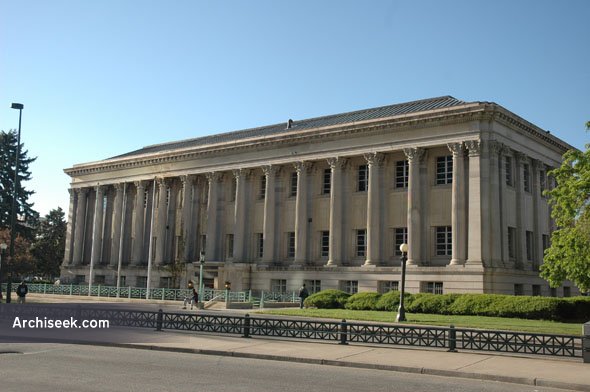 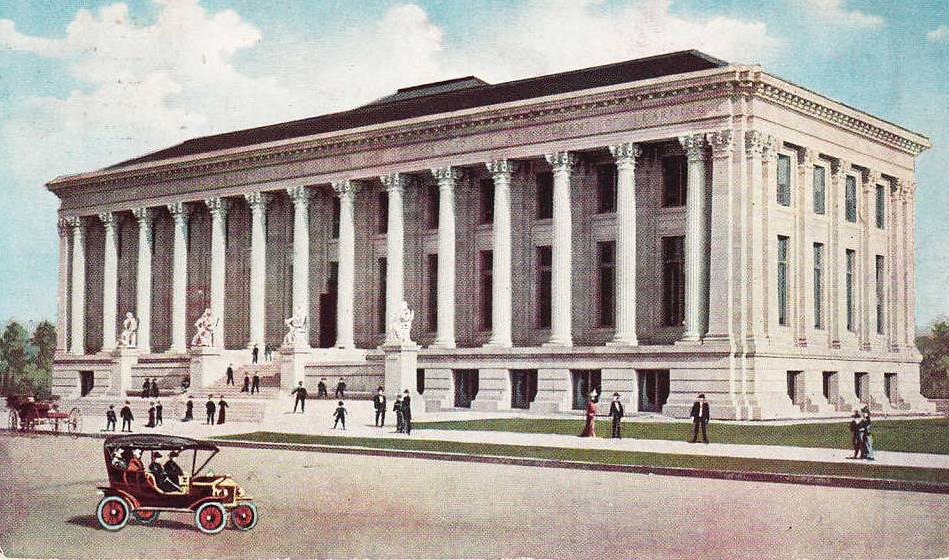 Designed by Albert R. Ross, who designed many Carnegie libraries, and the Pueblo County Courthouse in Colorado, this was the main public library in Denver until the opening of Burnham Hoyt’s 1956 building. Instigated by Mayor Robert W. Speer who wanted to make Denver “the Paris of America”, half the funding came from Andrew Carnegie. Originally it was intended for a matching building to be constructed across the park for symmetry. Now known as the McNichols Civic Center Building and used as offices.