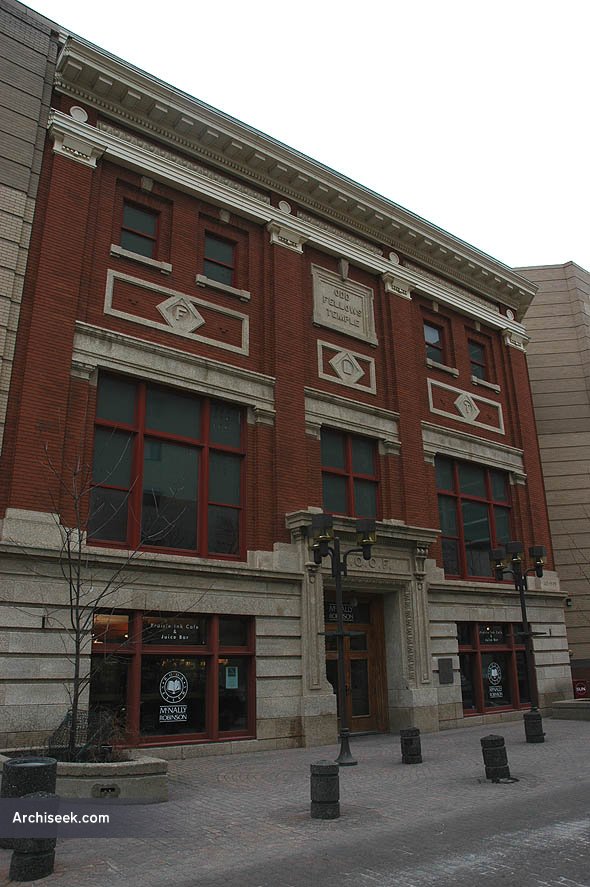 The Independent Order of Odd Fellows (I.O.O.F.) is a fraternal organization derived from English Odd Fellows orders of the mid-1700s. A fire in January 1946, gutted the interior of the building, destroying the records and regalia of many lodges and organizations based in the building. Completely demolished by the creation of Portage Place mall, now only the facade of this temple for the International Order of Odd Fellows remains. The facade has some crisp detailing in the brickwork and stonework under the windows. Rectangular panels with the letters F, L and T on the façade, represent the golden rule of the order: friendship, love and truth. Before the mall was constructed, closing off Kennedy Street at Portage Avenue, this building was known as 293 Kennedy Street.