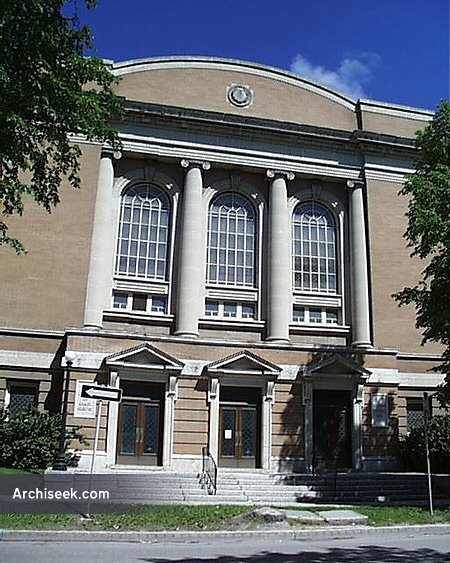 Designed in the shape of a Greek cross, the building was built in two stages. The first level was completed in 1911, with the much larger second floor added during 1915-16. The original plans called for a large dome to be erected on top but this was never implemented due to financial constraints. Instead a large leaded glass dome was created for the roof of the main auditorium. This was later removed. This is a fine building that suffers from its close proximity to a Safeway supermarket’s carpark. It was sold in early 2004 and will be redeveloped as condominiums.