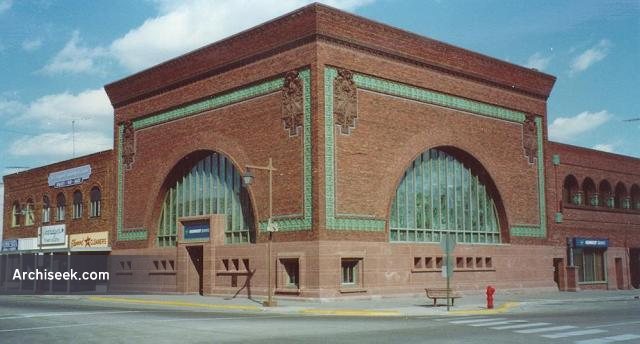 Designed by Louis Sullivan with decorative elements by George Elmslie, and was the first of Sullivan’s “jewel boxes”. The building is clad in red brick with green terra cotta bands, and features two large arches. Internal elements include two stained glass windows designed by Louis J. Millet, a mural by Oskar Gross, and four immense cast iron electroliers designed by George Grant Elmslie and cast by Winslow Brothers Company. It is a National Historic Landmark for its architectural significance.