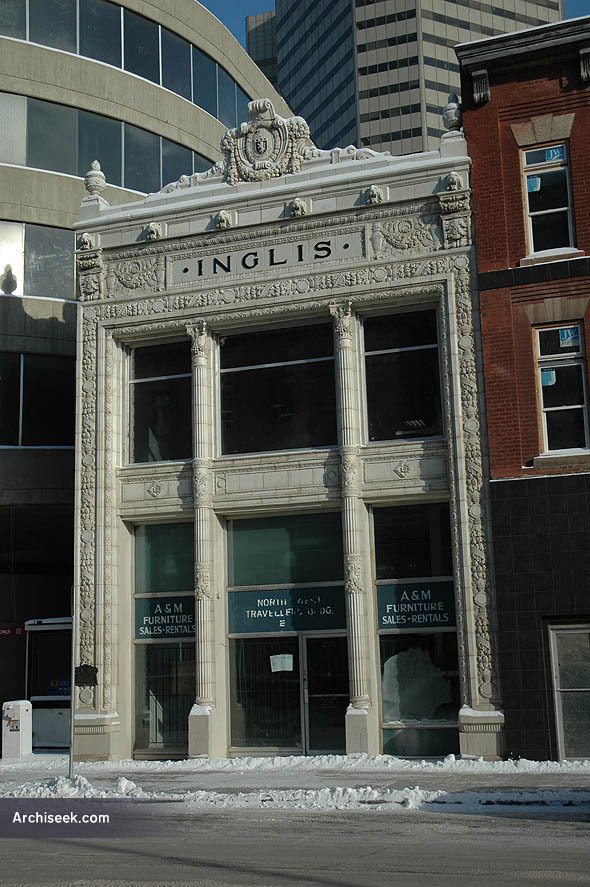 The North West Commercial Travellers’ Association Building or Inglis Building has it has reverted to, is an excellent example of Chicago Style with its ornate terracotta facade. Originally designed by John D. Atchison, later renovations in 1914 were carried out by Herbert B. Rugh, a local representative of Ross and Macdonald of Montréal. In 1916, the Inglis Co. built a 40-foot brick rear addition for $6,000. again designed by Atchison.