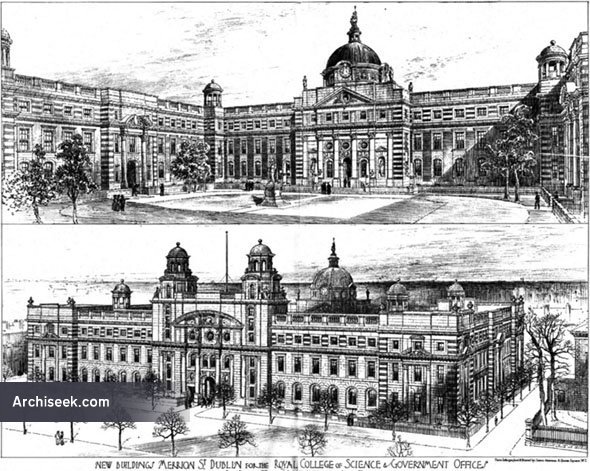 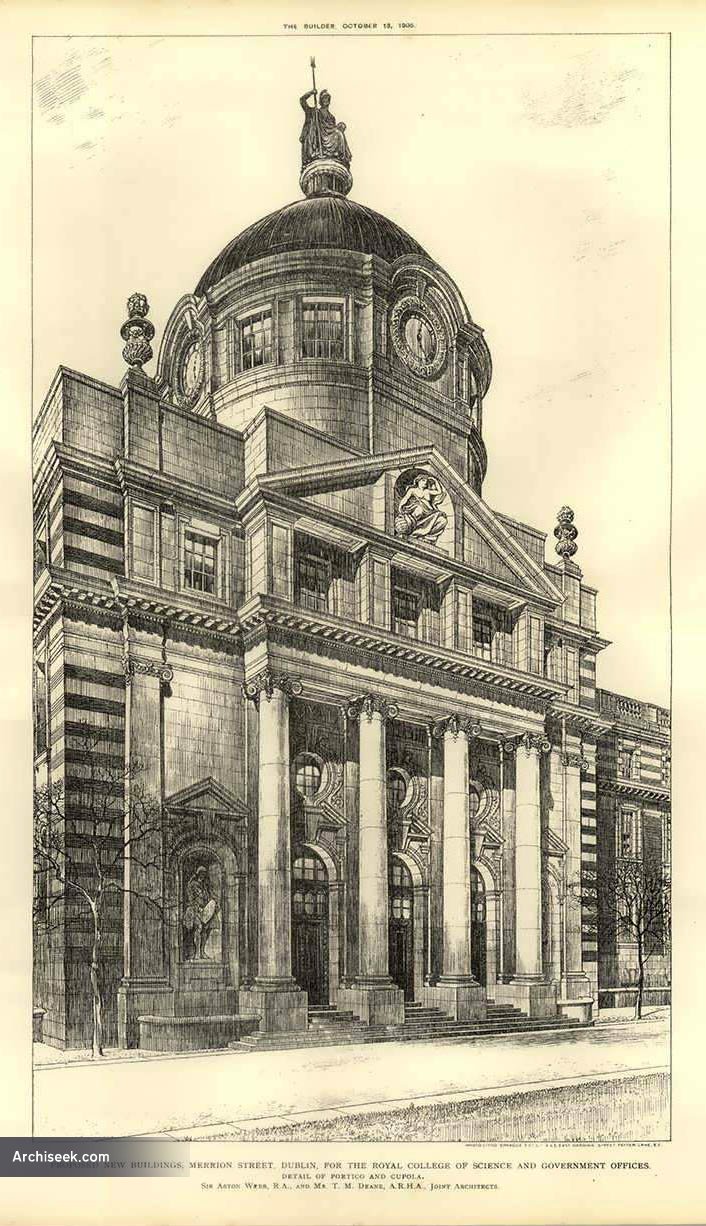 Original design for the construction of a Royal College of Science & Government Office on Merrion Street in Dublin. Although the building was constructed, and still stands today, the design was modified from the published version.

As built, the building is finished in Portland Stone, whereas the illustration show a typical Edwardian finish of brick and stone. The entrance to the building is more imposing, absent is the colonnade screen and in its place an entrance block to Merrion Street. Published in The Building News, October 12, 1906. The building is now known as Government Buildings.