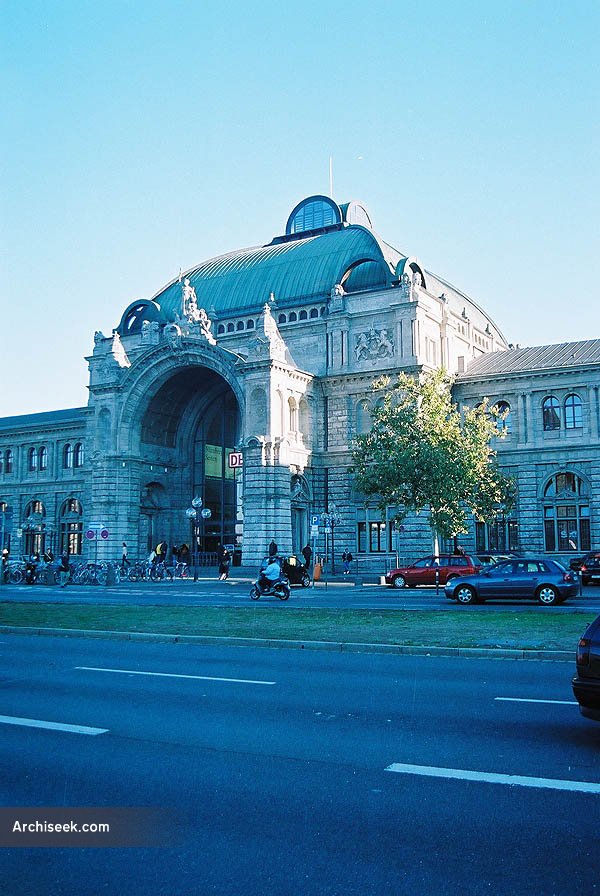 Germany’s first railway line ran between Nuremberg and neighbouring Fuerth. Today Nuremberg is an important station servicing local routes and high speed ICE routes. Externally, the station is a five part composition with a central entrance block, two lower blocks, and another two blocks in a similar style to the central one.

The portals to the individual halls are richly decorated and primarily depict symbols of technological progress, for example a winged wheel above the portal in the Mittelhalle. The lounge, in which the present-day travel centre is located, was built in 1904/1905 by Bruno Paul in the Jugendstil. Sections of the walls are decorated with fine mosaics, the roof is ornamented with unobtrusive stucco. The Jugendstil lounge is one of the few areas of the station which survived the destruction of the Second World War.