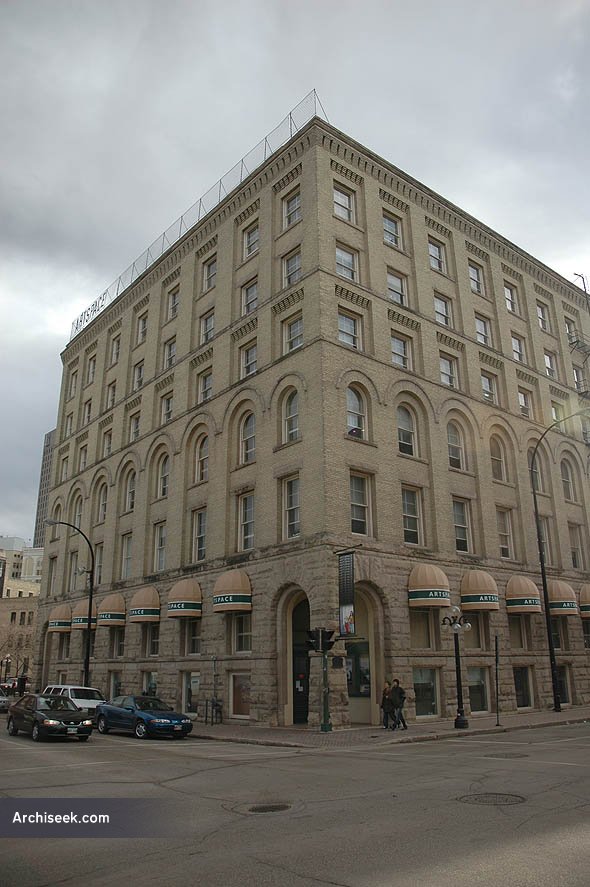 A fine large brick faced warehouse that was originally built as a four storey over basement building. It was applauded as one of the most commodious warehouses in the City. Massive expansion of its markets to the west meant that it was extended three years after completion. An annex which included a covered driveway was added and leased to wholesale tenants.

Designed by architect George Brown of Toronto, the building was based on the “Richardson Romanesque” structures of H.H. Richardson, erected in Chicago during the 1870s and 1880s. The building is an example of the use of masonry construction at its peak, soon to be dwarfed by the masonry-clad steel-framed buildings of the early 20th century.

When in 1903 Gault’s expanded their facilities by building a six-storey addition onto the south wall (92 Arthur Street) and adding two storeys to the original structure, architect James H. Cadham approached the project in a manner sympathetic to the original building. For the first four floors of the new building he repeated the order of the original façade. For the top two floors required over both buildings he repeated the order of the top floor of the original building. It is virtually impossible to tell that the Gault Building is in fact two separate buildings. Notable is the rooftop sign fence, one of the few remaining in the District. Now contains the Artspace project.