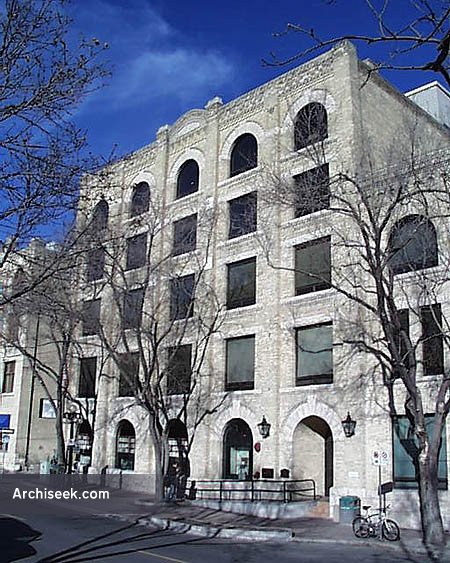 With the adjoining Bain Building, this brick and limestone building is a fine early Winnipeg warehouse. Merrick, and Anderson were originally travellers for Dennis Moore of Hamilton. With the completion of the Canadian Pacific Railway, they journeyed to Winnipeg where they acted as wholesale agents under the firm name of Merrick Anderson & Company. They lasted until 1917 when the J.H. Ashdown Company bought them out. Both buildings feature solid brick bearing wall construction in the warm buff-coloured brick that is common to Winnipeg. Stone was used for the lintels and sills and across the heads of the rounded windows.