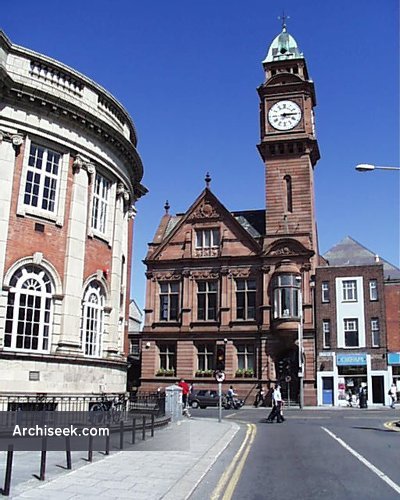 Around the city centre of Dublin was many smaller independent towns including Rathmines. Although now considered part of the city centre, Rathmines boasts the most impressive of the townhalls built in the later half of the nineteenth century in Dublin. Designed by Sir Thomas Drew, the impressive (but top heavy) clock tower is visible for miles and with the local Catholic Church gives the town two recognisable landmarks.

The internal accommodation consisted of an assembly hall and a council chamber on the first floor overlooking the street and the main entrance. The hall has been unfortunately gutted but the chamber remains intact.