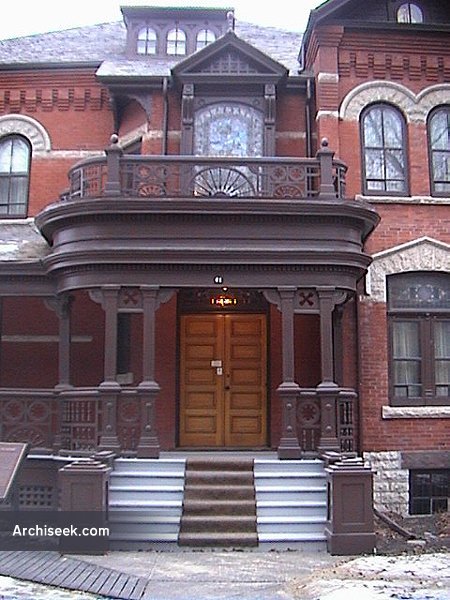 Designated a National Historic Site, this fine Victorian era house is considered one of the best examples in western Canada. It was built in 1895 for Sir Hugh John Macdonald (1850-1929), son of Canada’s first Prime Minister, Sir John A. Macdonald. One of the few remaining examples of the work of architect Charles H. Wheeler, it is representative of domestic architecture executed in the Queen Anne style. All the expected features are here: the stained glass; the wrap around veranda and balcony; and the elaborated brickwork. This house is open to the public where its fine interior cane be viewed. It was named ‘Dalnavert’ after the birthplace of Hugh John’s maternal grandmother in Scotland.