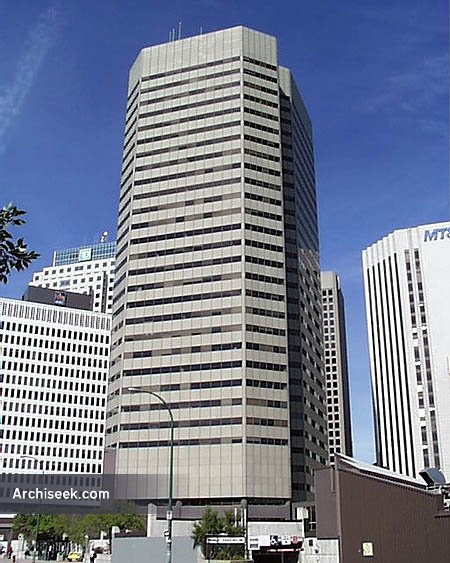 At 117 metres and 31 floors, this tower decimates the surrounding streetscapes, rendering them soulless at street level. Even the attempt at a shopping mall underneath the building and the remainder of the site does little to repair what was lost in building upwards. Unfortunately another example of a building that looks better at night. Also known as Winnipeg Square, or Trizec Building, the development had foundations for a sister tower alongside that was never constructed.