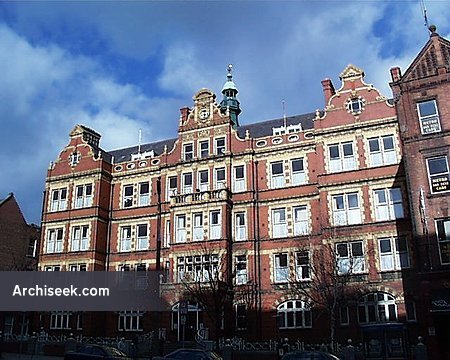 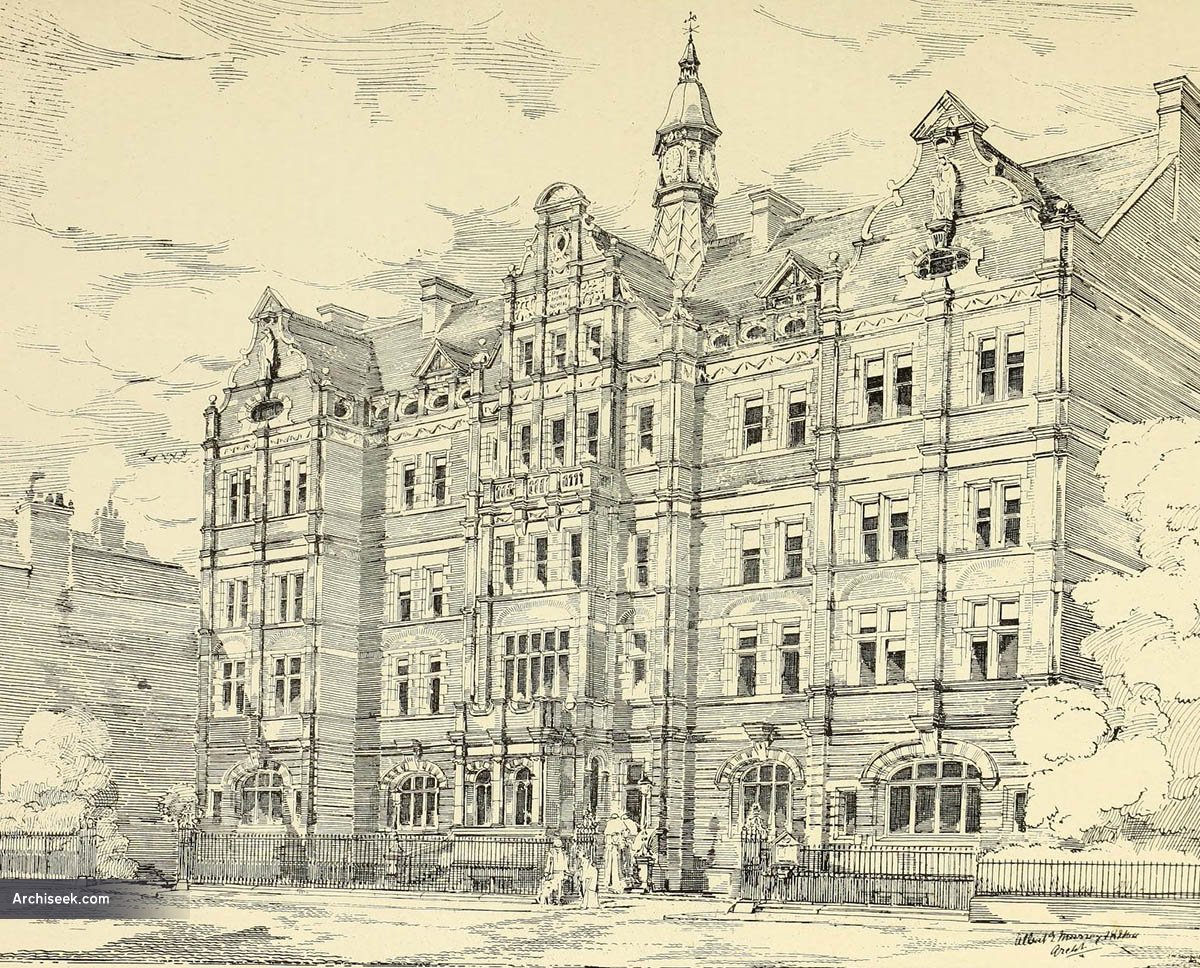 Much of Upper Baggot Street was built in the Victorian era as a mixture of commercial premises, office accommodation and residential. Punctuating one side is the fine brick and terracotta facade of the Royal City of Dublin Hospital. Set back from the streetline of the surrounding buildings the building has three graceful gables.

Described in The Irish Builder in 1892: “With this number we present our readers with a perspective view of the new front to the above-named building. This hospital was founded in the year 1832, for the purpose of affording additional hospital relief to the sick poor of the metropolis, and is supported by voluntary contributions. It has during the many years which have elapsed, opened its doors to cases of accident, as well as others. Owing to a large increase in the number of beds required within the past few years, it has been found that an extension of the building is absolutely necessary. The accommodation which will be afforded by the works now embarked in, will have the effect, it is to be hoped, of rendering the “ City of Dublin ” one of the finest in this city. From our sketch of the elevation it will be seen that the design is quite worthy of such a great establishment.

The front of the building will be composed of red Ruabon brick, and buff terra-cotta, these materials harmonising so well together. For window dressings, strings, &c., &c., terra-cotta will also be used. The whole style may be termed a free treatment of “ Victorian,” — or what was called by an architect humorist, “ Late and Flat — with a strong turn in the gables towards the Dutch.”

The facing bricks and terra-cotta are being supplied by Messrs. Dennis, of Ruabon, while the stock bricks used throughout the building are from the Mount Argus Brick and Tile Works, Harold’s-Cross. The whole is being carried out, from the designs and under the superintendence of Mr. Albert E. Murray (Architect to the Hospital), 37 Dawson-street, by Mr. Samuel Worthington, South Richmond-street. It is gratifying to learn that but little interference, so far, is being experienced in the departmental working of the hospital.”