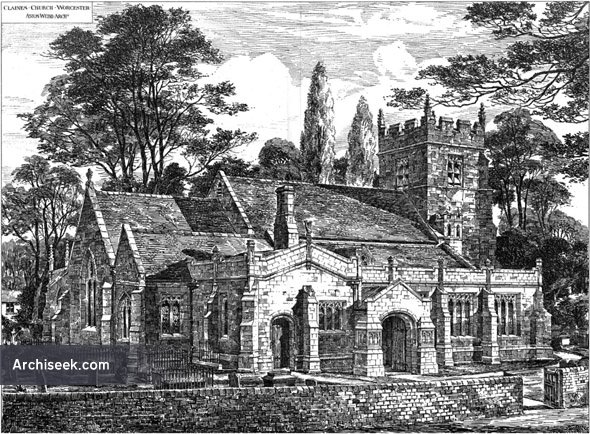 Claines’ original Norman Church was rebuilt in the 15th century. Little of the original remains other than the Norman Font and a Norman Pillar in the tower. A new church was built “around” the old one in stages, much of the old church being used in the tower foundations. The north and south chapels were added in the 16th century. A major restoration, under the architectural design and guidance of Sir Aston Webb took place in 1886 which included removing the galleries and adding the north aisle, porch and vestry. Front Perspective View as published in The Building News, July 8th 1887.