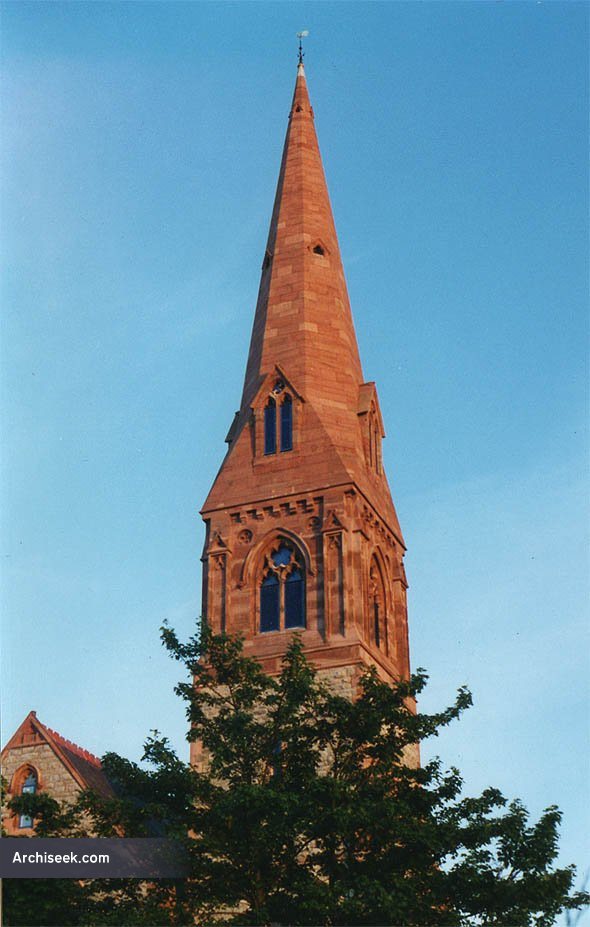 The original name of Victoria Street in Dublin’s Portobello area was Kingsland Park, which was developed from 1865 by Frederick Stokes. Some of the houses in this street remained empty for some time after they were built and were frequented by “ladies of the night”, who catered to the nearby Portobello Barracks. As a result the street acquired a bad reputation and respectable families moved out. Even after the ladies moved on, the bad reputation of the street remained, and thus the name was changed to Victoria Street. 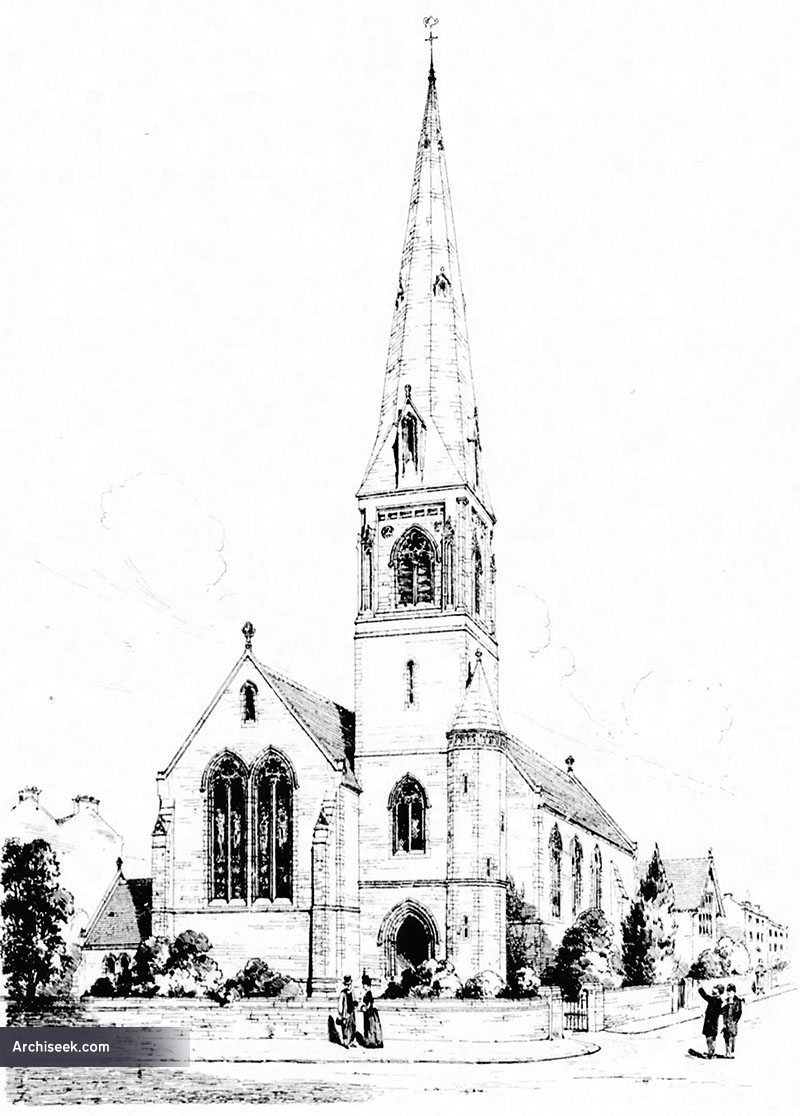 Part of the area between the South Circular Road and the Grand Canal were part of the Kingsland estate, which contained a park with a large pond and fountains, which opened as the Royal Portobello Gardens in 1839. Plans for developing the land at the gardens for housing started around 1862. Frederick Stokes, J.P., an Englishman, the main developer of Rathmines and Portobello at the time, and Chairman of the Rathmines Township Commissioners, who drained it and let it out in building lots, purchased the land.

The Church of Ireland built a fine gothic church with red sandstone trim to designs by Sir Thomas Drew who also produced two alternate designs. The Irish Builder, mistakenly, described it as of “County Dublin granite, with dressings of Portland stone”. After lying empty for many years, it was converted to apartments in the late 1990s.