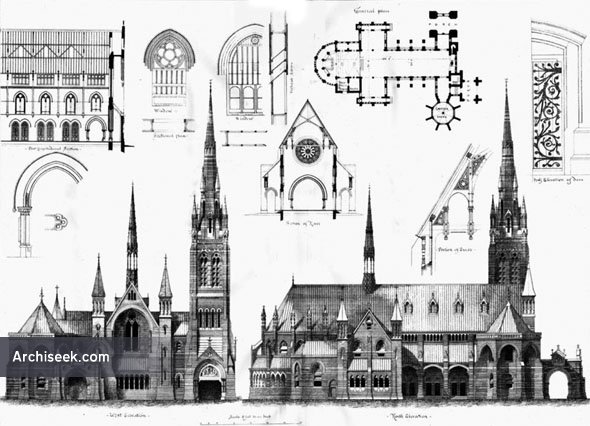 West & North Elevations, Plans & Details published in The Building News, October 8th 1886. The Anglican cathedral in Rangoon designed by Robert Fellowes Chisholm. Although the foundation stone had been laid in 1886 by the then Viceroy of India Lord Dufferin, due to a shortage of funds it took 9 years to complete the church vestibule. The spire was added in 1913 and the bell tower installed in the following year. During the Japanese Occupation of Rangoon, the cathedral was used as a brewery. After liberation, the chapel was dedicated to the British/Indian 14th and 12th Armies who fought in the Burma Campaign

Rangoon is now known as Yangon, in Myanmar.