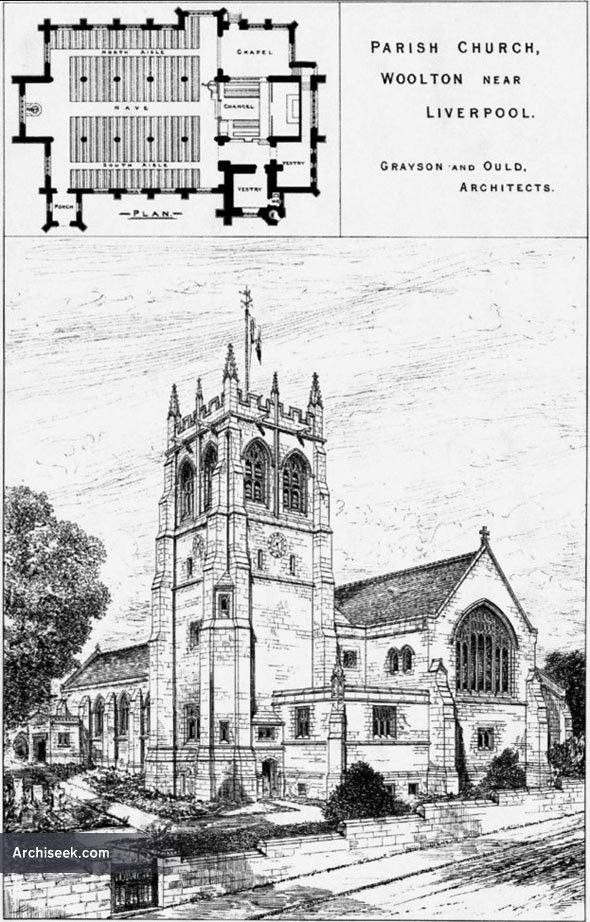 Published in The Building News August 27th 1886. The population of Woolton village grew steadily in the 19th century and the previous church, constructed in 1826, was felt to be too small. The church records indicate that the building was somewhat of an eyesore and built “in the worst style of British church architecture”. By 1885 matters came to a head and it was decided that a new church should be built.

A number of wealthy merchants had moved into Woolton by this time and they agreed to support the building of the new church. The foundation stone was laid in 1886 and it opened for worship on 31st the following year. The old church was taken down stone by stone and reassembled in the Toxteth district of Liverpool. The new church was built from local sandstone in the perpendicular style developed in the late 15th century.

The church has a fine set of stained glass windows all except two of which are designed by the famous artist Charles Kempe. The two smaller windows were removed from the original church and are designed by William Morris. Kempe’s work can be seen also in the small side chapel, which is regularly used for smaller services.