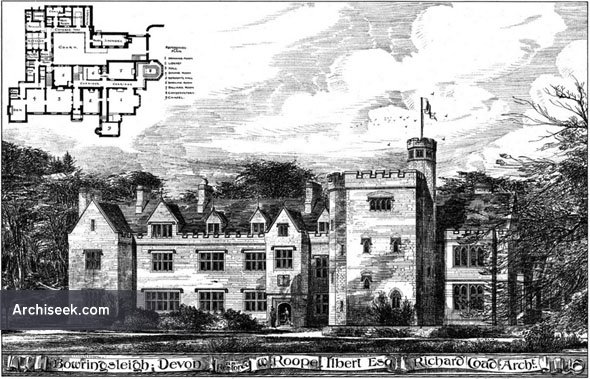 15th Century Country house. heavily remodelled with considerable internal refitting throughout the 17c and with further alterations and additions of the later 19c.Originally the home of the Bowering family, later felling into the hands of the Ilberts who undertook much restoration work on it in 1868-73 by the architect Richard Coad. Grade I listed. Perspective view & plan as restored, published in The Building News, August 27th 1886.