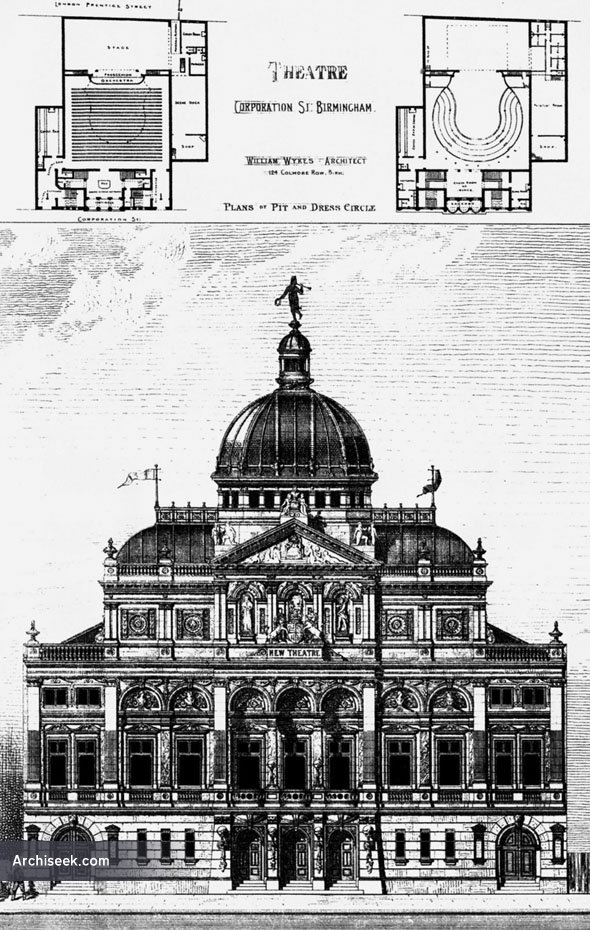 Never constructed as designed, the Grand Theatre was built in a modified form in 1883. The Theatre had a capacity of 2,200 on four levels, Stalls, Two Circles, and Gallery, plus boxes. The Theatre ran as a Variety Theatre until it was closed and converted to a Cinema in 1933. The building did not remain in Cinema use for very long, closing down in May 1933 and remaining closed for several years until it was reopened by Mecca Dancing as the Grand Casino Ballroom. This closed in 1960 and the building was demolished in 1963.