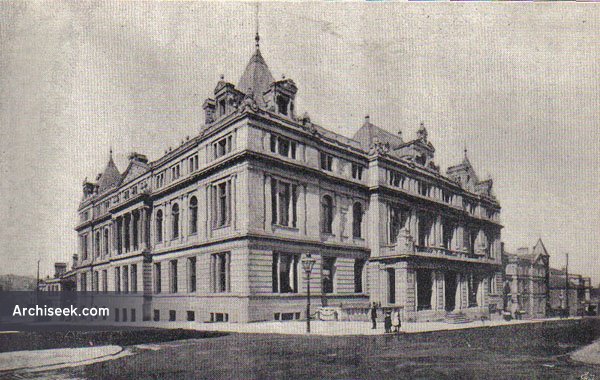 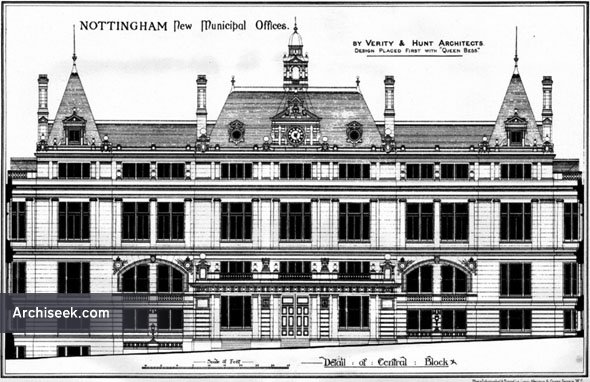 This imposing building was designed by London architects, Verity & Hunt and opened in 1888 at a cost of £97,000. Following a competition with Alfred Waterhouse as the judge, a French Renaissance Revival design by Verity & Hunt was chosen. The initial estimate for the building was £128,416, immediately leading the council to ask Verity and Hunt to simplify the design.

It was until quite recently the seat of the Nottingham City Magistrates and Crown Courts. Number 1 & 2 courts are magnificent examples of Victorian design with beautiful mellow oak panelling and other woodwork. It also has cells in the basement that were once used by the police based at the Central Police Station on North Church Street to hold prisoners.