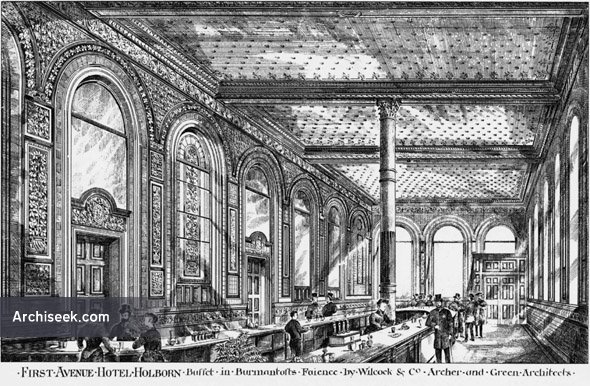 Burmantofts Pottery was the common trading name of a manufacturer of ceramic pipes and construction materials, named after the Burmantofts district of Leeds, England. The business began in 1859 when fire clay was discovered in a coal mine owned by William Wilcox and John Lassey. In 1863 Lassey’s share was bought by John Holroyd and the company then named Wilcox & Co. In 1879, after a period of expansion, the firm made decorative bricks and tiles in orange or buff-coloured architectural terracotta, glazed bricks, and glazed terracotta (faience). Architect Alfred Waterhouse used their materials in his Yorkshire College (1883) in Leeds.In 1885 products were on sale in London, Paris and Montreal. By 1889 they had commissioned Maurice Bingham Adams to design stock items for their catalogue. Also in 1889 Wilcox & Co merged with other companies to found The Leeds Fireclay Co. Ltd. “” the largest in the country.