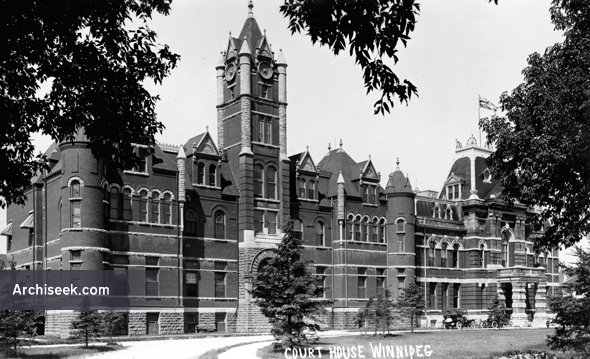 Built in two stages, the original and larger part was constructed in 1882-83 and housed the Courts, the Law Society and library. It became over-crowded rapidly and a further structure in a Second Empire style was added in 1894. These were used until the current Law Courts on Broadway was completed in 1916. The original building served as various government departments until it was gutted by fire in 1956. The newer block was converted to house the Manitoba Law School and Winnipeg School of Art before being demolished in 1960.