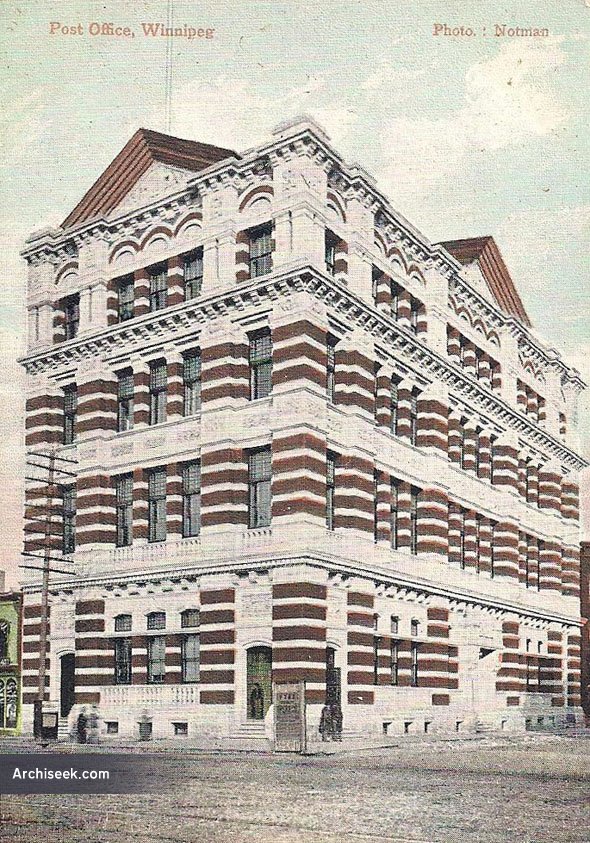 Constructed as the Winnipeg Post Office and Customs Office, it was only used as such until 1908, when a new post office building was constructed on Portage Avenue. Used as federal offices until its demolition in the 1970s, it actually outlasted its replacement.

A fine looking building with alternating bands of brick and stone, it was also a more innovative design than the French Renaissance style of the subsequent post office.